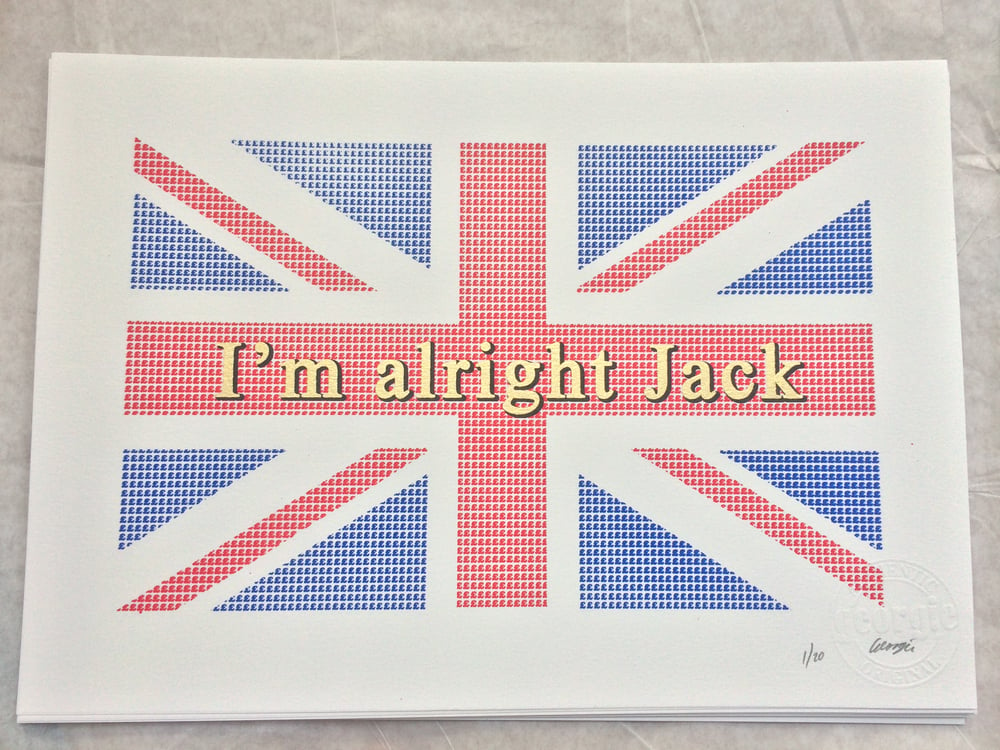 “I'm alright, Jack is a British expression used to describe those who act only in their own best interests even if assistance to others would necessitate minimal effort on their behalf.”
😲
These are my satirical take on the Union Jack flag to reflect the erosion of British values that underpin the NHS and Social Security. It’s a dig at the privatisation that creeps in and takes over our public assets and services, often making the wealthiest 1% richer in the process while the hard working British people pay for it.